No driver installation required when operating the Creon with a Mac or an iDevice.

If you experience problems using the Bit-Accurate driver under macOS Catalina (10.15), it is recommended to remove the driver from the system.
Please use this uninstaller.

Release date: December 14, 2018
Windows 7 and higher
With version 1.1 you can change the samplerate with the Madicon Mixer.

Download and unzip the file (firmware updater program only for Mac OS X). Read and follow the instructions of the READ ME PDF file:

No driver installation required when operating the Phonitor e with a Mac or an iDevice. 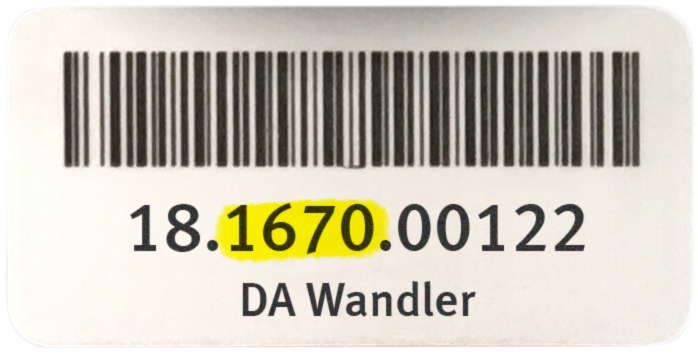 No driver installation required when operating the Phonitor x with a Mac or an iDevice.

The Phonitor xe is the ultimate standalone device for headphone enthusiasts who want the perfect solution without any compromises.

The Phonitor xe is the first Phonitor headphone amplifier which can be equipped with the brand-new DAC768.

This optional internal Uber-DAC qualifies the Phonitor xe to convert with outstanding sonic performance.
An audio resolution of 32 bits and PCM sample rates up to 768kHz as well as DSD – up to DSD256 – are the impressive numbers.
The analog side of the converter also is top-notch:
Like in the Director DAC & Preamplifier. the active Lowpass-Filter is built in a 120V-Voltair-Technology design.

Phonitor is a success story. Designed and developed for the sound engineer to be able to mix on headphones Phonitor soon found a fan base among Hi-Fi aficionados around the world as they realized that they can enjoy 'their' music on headphones the way it was intended – without the super-stereo effect and with natural crosstalk.

For us it was only logical to develop optimized Hi-Fi versions for those who enjoy listening to music on headphones.

Thus the Phonitor xe is the flagship amplifier for headphone enthusiasts.
Balanced headphones can be connected to the 4-pin XLR socket. The Phonitor xe has a built-in advanced dual power amp that drives headphones balanced with twice the power of the standard 1/4" jack.

This tightens the bass response and makes the overall playback even more relaxed and transparent.
The Phonitor xe features both balanced and standard headphone output sockets on the front and on the back.

Permanently connected headphones can be put in the rear sockets so that the headphone cable does not get in the way and disturb the look.

A switch on the front allows to toggle between front and rear outputs. This also allows you to compare headphones without plugging and unplugging.
The Phonitor Matrix is identical to the Phonitor x and purely designed for audio playback.

Unlike the professional version Phonitor 2, features like Center Level, Solo and Polarity are renounced in the Phonitor xe as they are only of use in music production.
The Crossfeed switch allows you to adjust the frequency-dependent crossfeed simulation of both channels by adjustments of interaural level difference – as if this characteristic would be heard from monitors when in their own room ambience. One can compare variations in crossfeed values as approximating the influence of different room sizes and characteristics on a given loudspeaker setup.

This adjustment can be made in six steps ranging from “minimum” to “maximum”. Crossfeed interacts with the Angle value to simulate the width of a stereo image.
The Angle switch provides for frequency-dependent simulation of your stereo image width by adjustments of interaural time difference. This influences the moment in time at which a signal’s wave form arrives at the ear and corresponds to a particular variation in the angle of an actual loudspeaker pair.

The time constants of the interaural time differences between the left and right channels occur within a range of 90 to 635 microseconds. As a starting value select the 30° position.
To control the Volume you can use any IR remote control. The cool part is that the Phonitor xe learns your remote!

You can use the remote control of your CD player for instance. There are many buttons and there are at least two you don’t really need. Assign Volume Up and Volume Down to those buttons and let the Phonitor xe learn them. Please check the manual for more.
The Phonitor xe can be equipped with the Uber-DAC768.

With that installed, the available inputs are expanded by USB, AES/EBU, coaxial and optical digital stereo inputs.

The DAC768 converts PCM sample rates up to 768 kHz with 32 bits and DSD streams up to DSD256. It syncs automatically to the sample rate of the selected digital input.

Compared to the DAC192 the DAC768 adds DSD playback and supports higher sample rates for PCM signals. The bit depth is increased from 24 bit to 32 bit for an unparalleled dynamic range.

The mandatory lowpass filter is built in 120V-VOLTAiR technology. The DAC768 features the new DLP120 lowpass filter board that contains two separate lowpass filters. Depending on the digital format the analog signal runs either through the PCM or the DSD filter.

The incredible headroom and the enormous dynamic range lets the analog wavefront come to life and evolve without any limitation. And that is audible. Very much so.
The Phonitor xe can optionally be equipped with a completely new digital-to-analog converter board. It is an all new design based on the AK4490 Velvet Sound® DAC chip from AKM.

The new DAC supports PCM audio up to 768kHz sample rates with 32 bit and DSD audio playback up to DSD4 or DSD256.

An AES signal can carry two coded PCM audio channels of up to 192kHz sampling rate.

The standard is defined under IEC 60958 Type I.

Type I connections use balanced, 3-conductor, 110-ohm twisted pair cabling with XLR connectors.
The consumer grade variant of AES is S/P-DIF (Sony/Philips Digital Interface). Worldwide it is the most commonly used method for digitally interconnecting audio equipment – typically the digital output of a CD player.

The connector is labelled "Coaxial". Like AES it can carry two coded PCM audio channels up to 192kHz sampling rate.

The standard is defined under IEC 60958 Type II.

When connected to a PC the Windows driver must be installed to playback audio files with a higher resolution than 44.1kHz or 48kHz.

On a Mac the install of a driver is not needed. Apple natively supports USB class 2 with sample rates up to 768kHz.
SACD or BluRay players typically do not put out the DSD stream for copy protection reasons. This means that an existing SACD/BluRay player can only be connected to the analog inputs of the Director Mk2.

To playback (non-encrypted) DSD files from a computer can only be handled over USB.

The USB audio 2.0 specification defined several formats for the more common PCM approach to digital audio, but did not define a format for DSD. In 2012, representatives from many companies and others developed a standard commonly known as "DSD over PCM", or "DoP" to represent and detect DSD audio within the PCM frames defined in the USB specification.
Pulse-code modulation (PCM) is a method of encoding sampled analog signals generally used for uncompressed audio. It is the standard form of digital audio in computers, Compact Discs, digital telephony and other digital audio applications.

Direct-Stream Digital (DSD) is developed by Sony and Philips for SACD (Super Audio CD) which should have become the designated successor of the CD (that was also designed by these two companies).

Since PCM and DSD are digital formats, there are other ways to play back high-resolution music. The highest possible resolutions are available on download portals like HD Tracks, Qobuz, HIGHRESAUDIO, primephonic, HDMusicStore, Bleep, Cybele, Gimell, HD-Klassik, 7 Digital etc.

DSD differs fundamentally from conventional PCM. While in a PCM stream, the amplitude of the analog signal is sampled regularly at uniform intervals, and each sample is quantized to the nearest value within a range of digital steps, DSD stores a sequence of single-bit values before applying a "decimation" process that converts the signal to a PCM signal.

A PCM stream has two basic properties that determine the stream's fidelity to the original analog signal: the sampling rate, which is the number of times per second that samples are taken; and the bit depth, which determines the number of possible digital values that can be used to represent each sample. In the Director Mk2 PCM audio is supported up to sample rates of 768kHz (16 times 48kHz) and bit resolutions of up to 32 Bit.

The long-term average of a DSD signal is proportional to the original signal. DSD uses noise shaping techniques to push quantization noise up to inaudible ultrasonic frequencies. In theory, it only requires a lowpass filter to reconstruct the original analog waveform. In reality it is a little more complex. A one-bit signal cannot be dithered properly: most modern sigma-delta converters (like the DAC in the Director) are multi-bit.

Because it has been extremely difficult to carry out DSP operations (for example performing EQ, balance, compression) in a one-bit environment, and because of the prevalence of solely PCM studio equipment such as Pro Tools, Nuendo, Cubase, Logic, the vast majority of SACDs and DSD downloads—especially rock and contemporary music, which rely on multitrack techniques—are in fact mixed in PCM (or mixed analog and recorded in PCM) and then converted to DSD in mastering. It is kind of rare to find or identify a recording being multi-tracked and mixed in the analog domain. Merging Technologies has invented the DXD format with which theoretically a production can be recorded, mixed and mastered entirely in the DSD domain.

Changing the mains voltage from 115V to 230V

Changing the mains voltage from 230V to 115V

Phonitor xe in EAR IN

Phonitor xe in EAR IN

The products available in our Online Shop are exclusively for customers of the European Union.

Of course all our products are also available worldwide at our dealers and distributors.